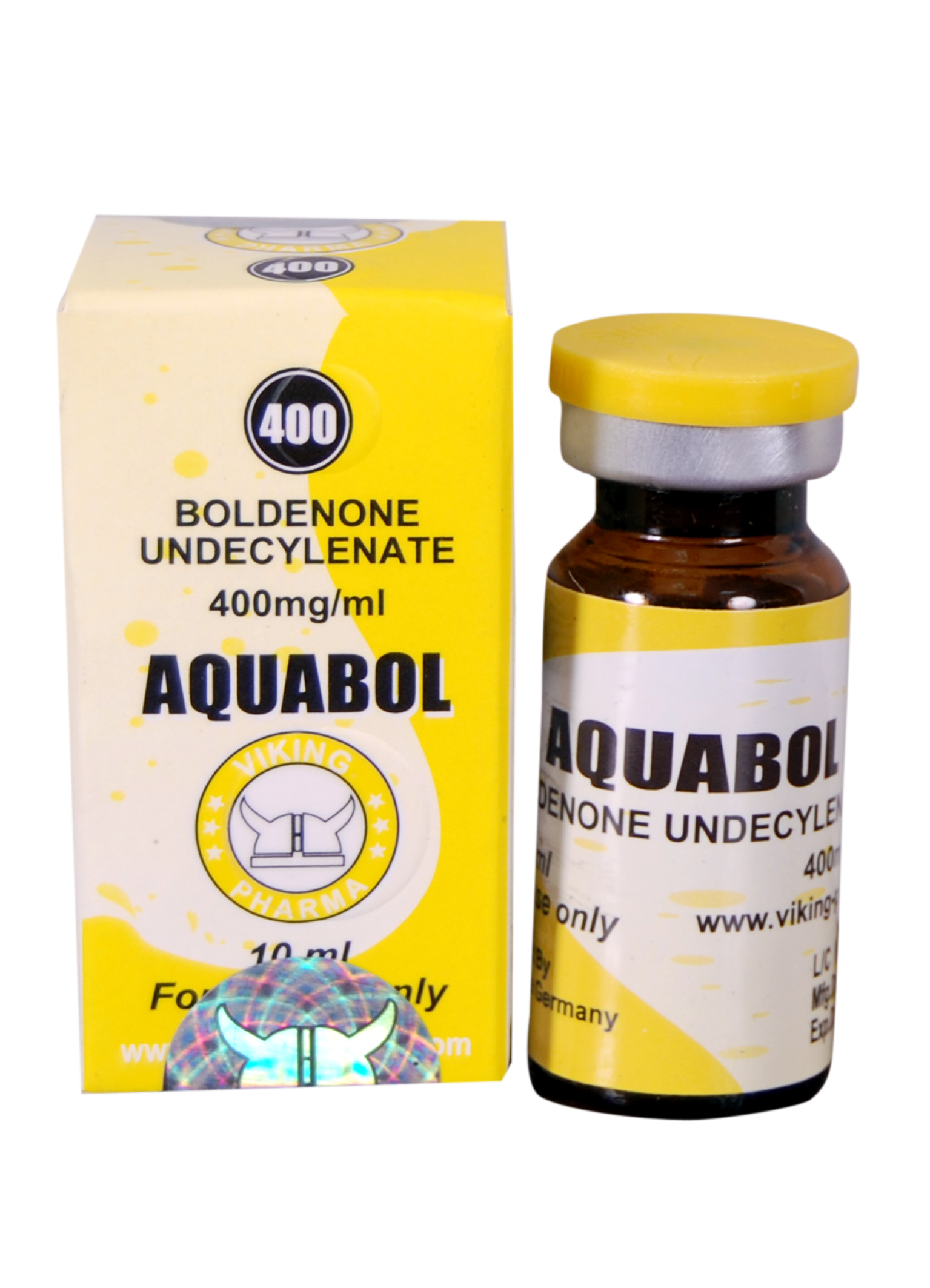 AQUABOL 400
AQUABOL 400, also known as Boldenone Undecylenate or EQ, is a veterinarian steroid developed by CIBA, to be a form of long-acting injectable dianabol. The intended use was in the horse and cattle industry. In general, EQ comes in an oil suspension that can be injected into animals every 6 weeks. There are no legitimate version of boldenone undecylenate approved by any government anywhere in the world for human use. All of the Equipoise on the market is either from approved veterinarian labs or made in an underground laboratories meant for the black market. Even though it is meant as veterinarian steroid, boldenone is quite powerful when used by humans. What is Equipoise (Boldenone Undecylenate)? When you look at boldenone on paper, you can see it's basically the same hormone as dianabol, except for one huge change. The dianabol hormone is 17AA for oral use, and only has an effective 8 hour half life because of it. Equipoise lacks the 17AA group but actually has a very long undecylenate ester chain attached instead. This ester chain makes boldenone very oil soluble, to the point where in its' raw form, before being suspended in oil, boldenone undecylenate is already a sort of oily substance with the consistency of syrup. Enzymes in your liver will eventually cleave off the ester chain from the boldenone hormone, finally setting it free so that it can interact with androgen receptors in your muscle cells. What are the side effects of equipoise? Equipoise is fairly mild with side effects, yet it still has some - just the way any steroid would. These side effects are common to most steroids: acne, unnatural hair growth, oily skin, prostate, hoarseness or deepening of voice, unnatural hair growth, and unusual hair loss. On of the biggest problems with equipoise is it's known for causing acne on the chest, back and shoulder areas. Therefore, if you're acne prone, make sure to use anti-bacterial and anti-acne soap and lotion daily. Another side effect that's anecdotal in nature is the boost in appetite, this has been reported by many users in the industry. Multiple clients that I work with have reported constant hunger and cravings, which is something to consider if you're cutting with equipoise. I suggest you start with a lower dose of EQ if you're cutting to control possible appetite problems. What is the half-life of boldenone undecylenate? Boldenone has a very long half-life, 14 day. In addition, it can remain in the body for months or even years and is, therefore, not recommended for use during active sports seasons as the user is sure to test positive. How to use Equipoise? What dosages to use? Equipoise is used by athletes and bodybuilders to increase endurance, muscle mass and the production of red blood cells in the body. It is best known for providing slow but steady gains during bulking cycles (usually called the EQgains). EQ can be used in dosages ranging from 200mg to 600mg per week for as long as 12 weeks. In recent years, equipoise has become a favorite among powerlifters and is considered by coaches as an ideal replacement for deca durabolin. This is primarily because the quality of muscle mass and strength gains that are experienced while on equipoise happen without the nasty side effects of deca. Also, EQ has a positive effect on the circulation of blood in the body; allowing for maximum blood flood to muscles during intense training sessions. In medical use, equipoise can promote erythropoietin (EPO) stimulating factor that, in turn, stimulates the bone marrow growth that leads to an increased production of red blood cells. More red blood cell means more hemoglobin, and a higher oxygen carrying capacity. EQ may also result in changes to electrolyte levels because of its potent mineralocorticoid properties. For men, the average dose is 400-600mgs per week, but I've seen guys go up to 1000mgs per week as long as cycle aids were used. For women, the average dose is 25-50mgs per week, but you have to be very careful. If you see heavy side effects, discontinue EQ or lower dosages.